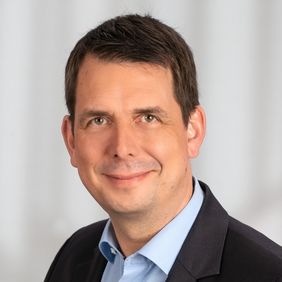 “The Frostkrone Food Group boasts an incredibly innovative strength and indeed a delight in innovation when it comes to developing new variations in finger food and snacks. And that is the case the world over at six different locations. I found that attribute so captivating from the word go,” enthuses Markus Bach. “And so that we can operate even more efficiently, we will continue to harmonise processes within the Company Group and establish overarching standards in order to make even better use of synergies.”

The 51-year-old financial expert is moving from OSI Europe to the Company Group. Markus Bach worked more than 15 years for the OSI Europe foodstuff company, with his last post there being CFO for all locations in Europe. Prior to his time at OSI, his career path took him to the Deutsche Bahn and Corus Aluminium Profiltechnik.

Well Positioned on the International Stage

With Frédéric Dervieux at the helm, the Frostkrone Food Group has impressively spread its international wings, from its beginnings with two locations in Germany to the present total of six plants, two of which are in France, one in Great Britain and one in the USA. It is of paramount importance to the Company Group for everyone to work together towards the defined objectives and also to provide reciprocal support to one another while, at the same time, allowing every location sufficient leeway to be able to react swiftly and flexibly to customer wishes and trends on the market.

“That is one part of our recipe for success, our winning formula, and it is an important factor for our clients in the trade and in the food service sector. But at the same time we are constantly growing closer together. However, such a scenario requires adjustment and harmonisation. I am convinced that with Markus Bach in our midst we will be able to accomplish all these demanding tasks even more effectively,” concludes Frédéric Dervieux with confidence.

The Company Group is planning to expand once again its positioning in the trade and food service sector in the course of this year and the next.

The Frostkrone Food Group is characterised by a large variety of finger foods and snacks and sells its products in food retail and in the food service sector.

The many-faceted range of products is available worldwide, including in Scandinavia, the Netherlands, France, Spain, Portugal, the United Kingdom, Switzerland, Eastern Europe, Asia and the USA.