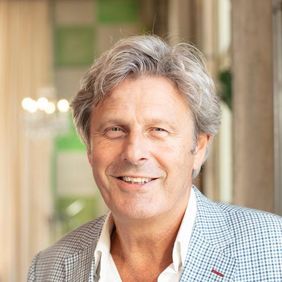 Rietberg/Germany, 20 May 2021. Bas Alblas has joined the Frostkrone Food Group’s Advisory Board as of May this year. The Company Group was fortunate enough to be able to find such an experienced food industry expert to take on this position following his ending of a long career at Lamb Weston/Meijer.

Bas Alblas has been working in the food industry for 35 years. During this time, he worked for reputable companies including Mars, Unilever and Leerdammer Company/Bel. From September 2009 onwards, he was the CEO of Lamb Weston/Meijer and responsible for their success.

The Dutchman knows what makes the food industry tick and which trends are significant. He has been closely connected with the Frostkrone Food Group for years and is very well acquainted with the finger food and snack profession. Frédéric Dervieux, CEO of the Frostkrone Food Group, is confident that the Company Group will profit from the experience Alblas has to offer: “I’ve known Bas Alblas for many years and value him as a person and as an expert in his field. Not only does he have extensive know-how regarding the industry at his fingertips but he also understands how to create new inspiration and momentum to drive new developments.”

The Frostkrone Food Group is specialised in the development and production of finger food and snacks. It has greatly expanded since 2017. It currently has a total of seven locations found in Germany, France, Great Britain and also in the USA. The Group delivers its kaleidoscope of finger food and snack variations across the globe.

In addition to frostkrone Tiefkühlkost GmbH and Bornholter Käsevertriebs- und Produktionsgesellschaft GmbH, Piz'wich Europe SAS and Varenne Gastronomie SAS have been part of the Frostkrone Food Group since 2018. In 2019, the US company Rite Stuff Foods, Inc. was included. Since February 2020, Innovate Foods Ltd and since April 2021, Abergavenny Fine Food Ltd from Great Britain, have also been added to the group of companies.

The Frostkrone Food Group is characterised by a large variety of finger foods and snacks and sells its products in food retail and in the food service sector. The many-faceted range of products is available worldwide, including in Scandinavia, the Netherlands, France, Spain, Portugal, the United Kingdom, Switzerland, Eastern Europe, Asia and the USA.