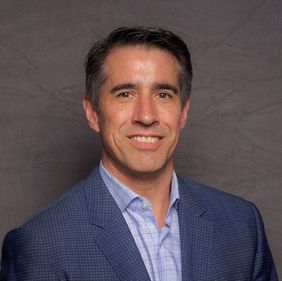 Rietberg/Jerome, 12 July 2022.  Effective 1 May 2022, James D’Agosta has been appointed as the new CEO of Rite Stuff Foods, Inc. (Frostkrone North America).  He succeeds John MacArthur who had overseen business operations since the Frostkrone Food Group acquired the company in 2019.  With the arrival of James D’Agosta at the helm, the Company has succeeded in recruiting an industry leader who is experienced in the food markets of North America.

Moreover, the new CEO has already set definite targets for the coming years: Rite Stuff Foods will continue to grow and significantly extend its reach within and beyond the North American market.  “The growth potential for Rite Stuff Foods is significant.  We are in the enviable position of being able to offer our customers and consumers high quality, innovative finger foods that taste great and are easy to prepare.  With a strong team at my side, I look forward to unleashing the full potential of our company,” explains James D’Agosta confidently.

Previously Mr. D’Agosta had held executive roles with Marcal Manufacturing, LLC for four years and ten years with Ventura Foods, most recently as their Senior Vice President, International.  With this extensive experience, James knows and understands the food products market from a variety of perspectives.

“James is a very seasoned executive who looks ahead, thinks ahead and then acts with tremendous foresight. He drives forward processes effectively and he really masters the art of motivating teams.  We are convinced that together we will achieve our set goals, strengthen our position, and extend our market presence.  James is a huge asset for the Frostkrone Food Group,” reaffirms Frédéric Dervieux, CEO of the Frostkrone Food Group most emphatically.

Rite Stuff Foods is part of the Frostkrone Food Group

In 2019, Rite Stuff Foods, Inc. joined the ranks of the Frostkrone Food Group.  Last year, Rite Stuff Foods implemented a new finger food production line where they now produce, Mozzarella Sticks, and will soon produce Cream Cheese Stuffed Jalapeños, along with a growing selection of other appetizers and plant-based tasty delights.  The resulting variety of flavourful appetizers added to their repertoire has been well received by customers from the retail and the food service sectors.  In addition to their recent innovations, Rite Stuff Foods, Inc. is well known for its popular and versatile potato snacks, which are made exclusively from original Idaho® potatoes.  These products have enjoyed huge popularity in the USA for years.

James D’Agosta sees great value in the fact that Rite Stuff Foods, Inc. belongs to the Frostkrone Food Group: “Being part of an international network is invaluable.  We operate in teams that collaborate and constantly exchange ideas, information, and expertise across country borders.  This results in a truly global view that generates unique insights, manifesting innovative ideas that satisfy consumer and customer needs.  This will set us apart and fuel our growth going forward.”

The Frostkrone Food Group - with its headquarters located in the town of Rietberg, in the federal German state of North Rhine-Westphalia - stands out in sharp relief because of its incredibly wide variety of finger foods and snacks. The Group markets its products in the food retail trade and in the food service industry.  The multi-faceted range of products is available worldwide in countries including Scandinavia, the Netherlands, France, Spain, Portugal, Great Britain, Switzerland, eastern Europe, Asia and in the North America.

The Frostkrone Food Group boasts several cutting-edge production facilities in Germany, France, Great Britain, and in the USA.  Since its founding in 1997, the company has established itself as an innovative trendsetter in the deep-frozen, convenience food segment.

In addition to the Frostkrone Tiefkühlkost GmbH and the Bornholter Käsevertriebs- und Produktionsgesellschaft GmbH, since 2018 Piz’wich Europe SAS and Varenne Gastronomie SAS have also been part of the Frostkrone Food Group.  In 2019, the US business Rite Stuff Foods, Inc. grew exponentially when they joined the Group.  Frostkrone has also recently acquired Innovate Foods, Ltd, in February 2020, and Abergavenny Fine Food Ltd, in April 2021, both based in Great Britain.