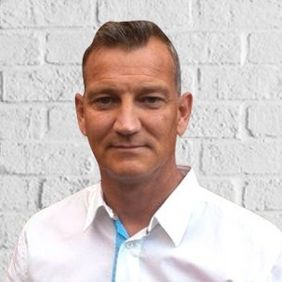 Company Group reorganises the sales sector and creates this executive position across all Great Britain locations.

Rietberg/Germany, 01 March 2022. Since January 2022 Tim Page has been leading the sales activities for Frostkrone UK and has now taken over responsibility for all sales carried out by the Frostkrone Company Group in Great Britain. With Tim at the helm in the UK, the Frostkrone Food Group is taking yet another step towards the merger and growth of its UK Manufacturing locations within its borders and beyond.

Tim Page possess extensive knowledge within FMCG, the fast-moving consumer goods sector. Tim has been responsible for the sales activities at Innovate Foods since 2010 and was instrumental in raising the company to a first-class position in the UK market. As Sales Director he is subordinate to the CEO of the Frostkrone Food Group, Frédéric Dervieux, and reports directly to the UK Managing Directors. Innovate Foods has been a part of the Frostkrone Food Group since 2020.

“Our aim is to continue extending our existing customer relationships and to drive forward the development of our sales strategy in Great Britain. The overarching objective, of course, is to guarantee our market leadership in the future.  I am working together with an incredibly motivated team and I am really looking forward to putting our ideas into practice.” explains Tim Page, adding “As part of the Frostkrone Group, we have a constantly growing product portfolio of deep-frozen and chilled finger food and snacks,  the products which have been available at our locations in Germany, France and the USA , we will soon be introducing into the UK .”

Frédéric Dervieux, the CEO, has this response to the new appointment: “I am delighted that Tim has come to Frostkrone UK. In this way we are bringing together two market-leading companies and thus creating a firm foothold for the Frostkrone Food Group on the British market.”

With Innovate Foods Ltd and Abergavenny Fine Food Ltd in its ranks, the Frostkrone Food Group has secured good, solid, locations on the British Isles, boasting a total of 360 members of staff and two large, cutting-edge production facilities.

“We’re planning for the future. The finger food and snack market is continuing to grow and we, as an innovation driver, want to substantially grow with it, in Great Britain and across the globe,” underlines Frédéric Dervieux.

The Frostkrone Food Group - with its headquarters located in the town of Rietberg, in the federal German state of North Rhine-Westphalia - stands out in sharp relief because of its incredibly wide variety of finger food and snacks. The Group markets its products in the food retail trade and in the foodservice sectors. The many-faceted range of products is available worldwide in a great deal of countries including those in Scandinavia, the Netherlands, France, Spain, Portugal, Great Britain, Switzerland, in the eastern European countries, Asia and the USA.

The Frostkrone Food Group boasts several cutting-edge production facilities in Germany, France, Great Britain and in the USA. Since its founding in 1997, the company has established itself as an innovative trendsetter in the deep-frozen, convenience food sectors.

In addition to the frostkrone Tiefkühlkost GmbH and the Bornholter Käsevertriebs- and Produktionsgesellschaft GmbH, since 2018 Piz’wich Europe SAS and Varenne Gastronomie SAS have also been part of the Frostkrone Food Group. In 2019 the US-American business Rite Stuff Foods Inc. swelled the ranks when they joined the Group. Since February 2020 Innovate Foods Ltd and since April 2021 Abergavenny Fine Food Ltd, both from Great Britain, have also belonged to the corporate group.