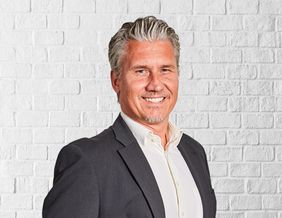 Rietberg/Germany, 04 September 2019. The Frostkrone Food Group has strengthened its management team of CEO Frédéric Dervieux and CFO Roman Wedel by appointing Matthias Bross as COO for the Company Group with immediate effect.

The 48-year-old will be responsible for the management, control and organisation of the entire supply chain management system within the Frostkrone Food Group. It will also be his task to boost the harmonisation of internal processes within the Group.

Years of experience in the food industry

Matthias Bross has held senior executive positions in the foodstuffs sector for over 20 years. The father of three began his career as a food technologist at Weihenstephan (a German firm specialising in dairy products). After moving to the Nestlé Group, he worked mainly in the ice-cream division as a product developer and internal adviser on the subject of increasing productivity - a position which included time spent at the European locations of Italy, Denmark and Finland. Most recently, in his role as Plant Manager, he was responsible for the Nestlé/Thomy production facility in Basel, Switzerland.

His move to the Frostkrone Food Group involved a very conscious decision on his part: "I really wish to work closely with the product, hands-on with its development and its production. In the Frostkrone Food Group where the individual companies operate along the lines of medium-sized business structures, such a modus operandi is the norm. This system allows huge scope for active participation at all levels. But, at the same time, the Company Group is steadily growing, which means that my expertise gathered during 21 years of experience at a Group level is very much in demand."

For this reason, Matthias Bross will also be spearheading the project group responsible for the integration of the Frostkrone Food Group: "The Frostkrone Food Group is growing rapidly and has ambitious aims tailored to suit such a fast pace of development. That is why it is crucial to speedily unite the extremely productive individual companies to form a large corporate group in which synergies and networks can be optimally and efficiently exploited."

Frédéric Dervieux, Managing Partner of the Frostkrone Group, had already made the acquaintance of the new COO while he was still working at Nestlé and quickly came to value his skills, style and expertise: "Matthias Bross marries together profound knowledge gained from many years as an executive manager at a large international concern with his good, solid, down-to-earth attitude and his willingness to roll up his sleeves and get to work. It is exactly these strengths that are now needed at the rapidly burgeoning Frostkrone Food Group."

Frostkrone has its headquarters located in the town of Rietberg, in the federal German state of North Rhine-Westphalia, and is specialised in the production and marketing of deep-frozen finger food and snack products. Since its founding in 1997, the company has established itself as an innovative trendsetter in the deep-frozen, convenience food segment. The year of 2018 saw Piz’wich Europe and Varenne Gastronomie becoming part of the Frostkrone Food Group and in 2019 the US-American business Rite Stuff Foods Inc. swelled the ranks when they joined the Group.

The Frostkrone Food Group stands out in sharp relief because of its incredibly wide variety of finger food and snacks. The Group markets its products in the food retail trade, in the food service industry and also online. The many-faceted range of products is available worldwide in a great deal of countries including those in Scandinavia, the Netherlands, France, Spain, Portugal, Great Britain, Switzerland, in the eastern European countries, Russia and in the USA.