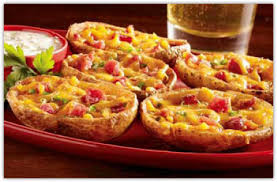 Rietberg, February 15, 2019. As of now, the US American company Rite Stuff Foods Inc. is part of the Frostkrone Group. Based in Jerome, Idaho, the manufacturer is specialised in the production of potato snacks. Due to the acquisition, the Frostkrone Group is once again expanding its product offering and developing further its transatlantic trade relations. "We have maintained good business relationships with the USA for several years already. Having a company location directly on the spot was the logical consequence of developments and discussions with trade partners“, explains Frédéric Dervieux, Managing Partner of the Frostkrone Group.

Rite Stuff Foods, Inc. was founded in 1989 by Thomas J. Madden. Currently, with more than 230 employees, the company is one of the most important American producers of potato specialties. Rite Stuff Foods is processing the original Idaho potatoes to baked, filled potatoes, filled potato skins, and potato wedges in different flavours as well as potato pancakes, rollers and hearts.

For the potato skins, the potatoes are baked, halved and hand scooped to maintain their freshness. Among others, they are filled with bacon, cheddar cheese, mozzarella cheese, Monterey Jack cheese, pork meat and BBQ chicken.

The products are available in retail, food service as well as in restaurants.

Together with Rite Stuff Foods, Inc., the Frostkrone Group will expand its product offering in the US American market. Frédéric Dervieux comments: "With Rite Stuff Foods, we can add a company to our group which has excellent business contacts in the USA. We are looking forward to a successful collaboration!”

For Dr. Christian Näther, Senior Partner of EMERAM Capital Partners GmbH and major investor of the Frostkrone Group, this acquisition is future-oriented: "With the merger with Rite Stuff Foods, we are opening a new chapter in Frostkrone's corporate development. Having strengthened Frostkrone’s European position in the past two years, the expansion to the USA is now the next step to further implement the company’s growth strategy. We are convinced that Rite Stuff Foods, with its successful history and its roots in the USA, will be a strong platform not only to supply our existing customers in the USA with Frostkrone’s diverse product innovations, but also to tap into new local customer potential."

Innovation and competence in deep-frozen finger foods and snacks have made Frostkrone so successful for more than 20 years. The wide and varied assortment convinces customers from trade and food service at home and abroad. Especially the export market has been continuously expanded since 2013.

The current product range is delivered Europe-wide, among others, to Scandinavia, the Netherlands, France, Spain, Portugal, Great Britain as well as to Eastern Europe, u. a. to the Czech Republic, Poland, Estonia, Lithuania, Latvia and Russia. Since 2017, the products are also exported to the USA.

In 2018, the Frostkrone Group acquired the French companies Piz'wich and Varenne Gastronomie.

Manufacturer of potato specialty products in the United States, Rite Stuff Foods, Inc. is offering a steadily increasing selection of delicious potato snacks and side dishes. Founded in 1989, the company currently employs a staff of about 230 and is headquartered in Jerome, Idaho. Customers include the food retail trade, the food service sector and various restaurants.

Rite Stuff Foods, Inc. utilises only Idaho® potatoes in its production. The company is USDA inspected and SQF certified.

Headquartered in Rietberg, North Rhine-Westphalia, the Frostkrone Group specialises in the manufacture and sale of deep-frozen finger food and snack products.
Founded in 1997, the company has established itself as an innovative pacesetter in deep-frozen convenience foods. In 2018, the French companies Piz'wich and Varenne Gastronomie became part of the Frostkrone Group.
Frostkrone group distinguishes itself by providing a large variety of Finger Food and snacks and distributes its products in the food retail trade as well as in the Food Service sector and also online.
The Frostkrone-group operates several modern production facilities in Germany and France.